Lola is a specialist in teaching English to children and for many years she has been part of our team of English teachers. First she started as a very young student, then she became a teacher and now she is the Coordinator of the Infant Categories of British House.

Lola has a Bachelor’s Degree in Primary Education from the Autonomous University of Barcelona, ​​and she teaches children from 1 year old, both in our British House Kids school and in several nurseries in Rubí and Sant Cugat where British House is responsible of the early teaching of English to babies.

Lola loves to teach making children have fun in class, she is very funny, creative and enthusiastic. In addition, Lola does some of the British House children’s workshops in English at the Mestre Martí Tauler Library in Rubí. 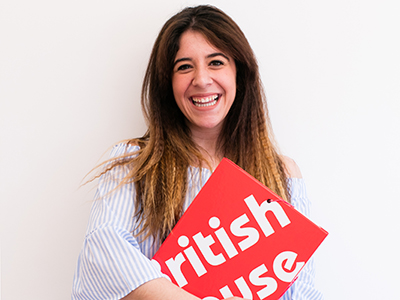